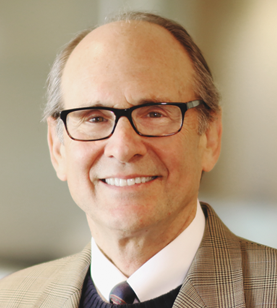 Review of a Speech by James A. Baker, III Former United States Secretary of State Former White House Chief of Staff (Presented in Houston, Texas 2016: and reported in the Texas Bar Journal, June 2016)

As a lawyer who has handled perhaps 2,000 mediations and dozens of trials and appeals, I read with interest the re-published speech presented by the eminent James A. Baker III in The Woodlands (a northern suburb of Houston, Texas) earlier in 2016 to the International Petroleum Negotiators’ Summit. Here is my review and distillation of Secretary Baker’s advice on high level negotiations.

First and foremost, you need to understand your opponent’s position.

This is good advice for any negotiator’s preparation. If you overlook putting yourself in your opponent’s shoes, understanding their motivations, strengths, and fears, your chances for success are based upon luck.

Baker says that forming friendships and mutual respect advances the chances of reaching agreements. The other side must trust that you will do what you say with no trickery or device. Obviously, this evolves over time and is not something that you can do instantly.

This means that you should concentrate on a series of small negotiations, including an early one that can be resolved quickly, reasonably, and amicably. This builds momentum. Finding common points of agreement shows progress.

Remember that “A dialogue is more than two monologues” — Ambassador Max Kampelman. Don’t dominate the conversation. The longer you can keep sides talking to one another, the better the chances are that a middle ground can be reached.

This is the art of the possible without the sacrifice of the principle. This means reaching agreement without sacrificing your core principles. In this explanation, Baker explains how the best politicians will work to get as much as they can toward a goal (step by step) without threats or shutting down the government (something that is not happening now, sadly, in our divided government).

This point highlights the ability to recognize when to press a point and when to withdraw. This is also an important factor in any mediation. Who needs this to settle more quickly? Who can afford to drag it out? Prioritize and acknowledge, for example, that a plaintiff who needs to settle will likely get less relief than one who can wait.

Maintain a deep appreciation and respect for politics.

By this, Baker means two things which are both definitions of “politics”: (i.) First: In the first sense, politics is the science of actually winning election to public office; (ii.) Second: Politics in the second sense is what occurs between elections: the process of turning ideas into policies, in other words, governing. It is through the second sense that we transform political philosophy into public policy. The point is that political power ultimately derives from public support. So, a public official who loses public confidence also loses power. [Baker also adds how important it is to have real business experience outside of politics first – become a good businessman, lawyer, or other professional before diving into politics].

The bottom line is, therefore, every policy decision – whether it be promoted by a President or other public official – must have public support.

I must add my own explanation, because rarely do I have the chance to mediate matters of governmental policy. Converting this principle to a private negotiation, you must have the support of the people who hired you as their attorney or negotiator in order to pursue resolutions that they have confidence will resolve the issues presented.

Anyone who would like to read the article in full may access it through the Texas Bar Journal, June 2016 at page 426.